You can help grow ‘Little Larrys’ 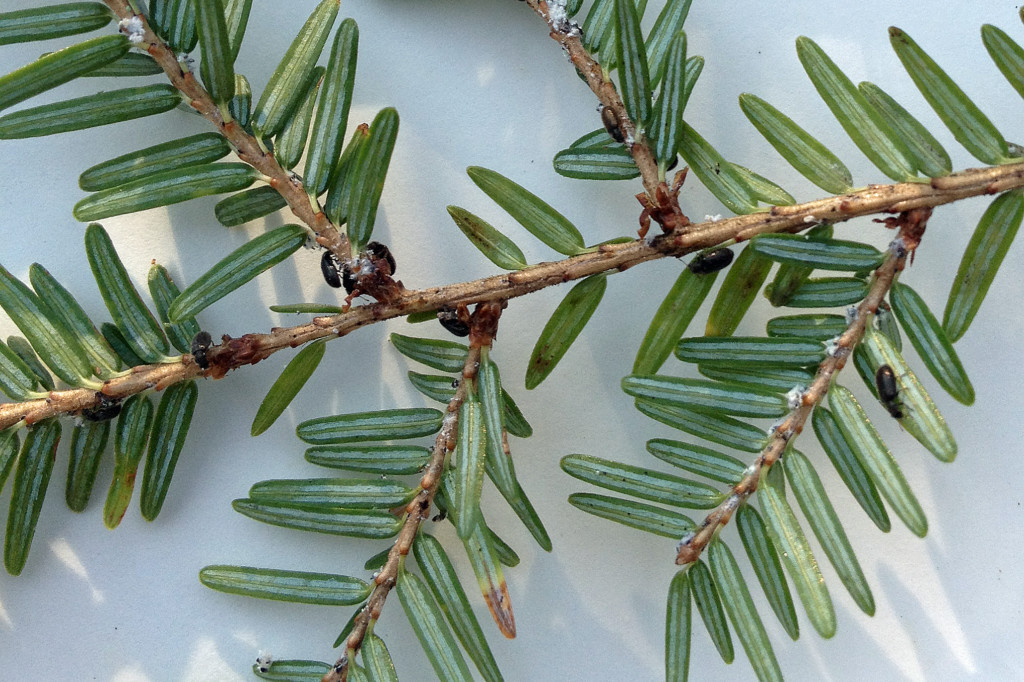 ‘Little Larry’ is a small predator beetle from the Pacific Northwest, Laricobius nigrinus, that feeds exclusively on the invasive pest Hemlock Woolly Adelgid (Adelges tsugae). First found damaging hemlocks near Richmond, VA in the mid 1950’s, the Hemlock Woolly Adelgid (HWA) has since spread from Georgia to Maine and has been causing widespread hemlock mortality. Hemlocks have been eliminated in whole watersheds in the Great Smoky Mountains National Park where they are desperately trying to save a small percentage of those which remain. HWA is rapidly advancing through New York State, which has more hemlock trees than any other state in the nation. Little Larry, offers hope against extirpation of eastern hemlocks in the near-term, and potentially the extinction of the eastern hemlock species. Hemlock mortality has been dramatic in the Hudson Valley and is mounting in the Rondout and Neversink watersheds of the Southern Catskill’s as well as in the Finger Lakes. Although recently reaching the southern Mohawk Valley near Schenectady, HWA has yet to be found in the Adirondacks where hemlock forests are iconic, representing almost 10% of the forest.

As a biological control agent to control HWA, L. nigrinus has been collected in the wild and reared at labs since 2000 in Virginia, Tennessee, New Jersey, and Georgia.  First released in North Carolina in 2003, and in other locations soon thereafter, L. nigrinus has become well established and spread many miles from initial release points.  In order to implement an effective HWA bio-control program in New York we need to have a constant supply of large quantities of Little Larry predators—and we need them now. The most effective way to get large quantities of predators reliably is laboratory rearing.