Ellis’s callous words were quoted in the New York Times article, “Empty Rail Cars Roll into the Adirondacks, Stirring Controversy,” by Paul Post. Iowa Pacific executives are contracting with owners of obsolete oil tankers to store large numbers of railroad cars on a 30-mile track just north of North Creek. They profit by making the Adirondack Park a dumping ground.

We are not willing to let greed ruin our beautiful Forest Preserve. ADK (Adirondack Mountain Club) is determined to stop them, but we need your help.

ADK has a strong legal argument to keep several thousand empty rail cars from being stored in the heart of the Adirondack Park on dilapidated tracks crossing the “forever wild” lands of the Forest Preserve. The federal government issued a temporary easement during WWII to allow for transport of titanium ore. That easement was extended through 2062 yet still predicated on the use of the rail line to haul ore or rock. We understand that Iowa Pacific no longer plans to haul rock out of Tahawus. Storing obsolete rail cars indefinitely on the single main line precludes its use for transporting rock and violates the express terms of the easement. Once the terms of the easement can no longer be achieved, the railroad right of way reverts back to state ownership and is restored to the Forest Preserve under the “forever wild” clause of the state constitution.

Your donation today supports ADK’s advocacy work and ensures we are ready to fight when our pristine wilderness is threatened. It is our position that the storage of derelict rail cars in the scenic river corridor of the Boreas River violates the rules and regulations of New York State’s Wild, Scenic, and Recreational Rivers Act. ADK has joined other agencies to send a united message to the rail car owners that we will not allow the Adirondacks to become their junk yard. We urged state lawmakers to take action. We asked you – ADK members and stakeholders – to speak out against this violation of your beloved Park. Together we’ve started to make a difference.

With the support of Governor Cuomo, the NYS Department of Environmental Conservation (DEC) is taking legal action. Union Tank Car Company, owned by Warren Buffet, has agreed to pull their rail cars out of the Park, but his is just one of many companies that could contract with the Iowa Pacific for rail car storage. Much work still remains. Please join ADK to protect the wild lands and waters you love. 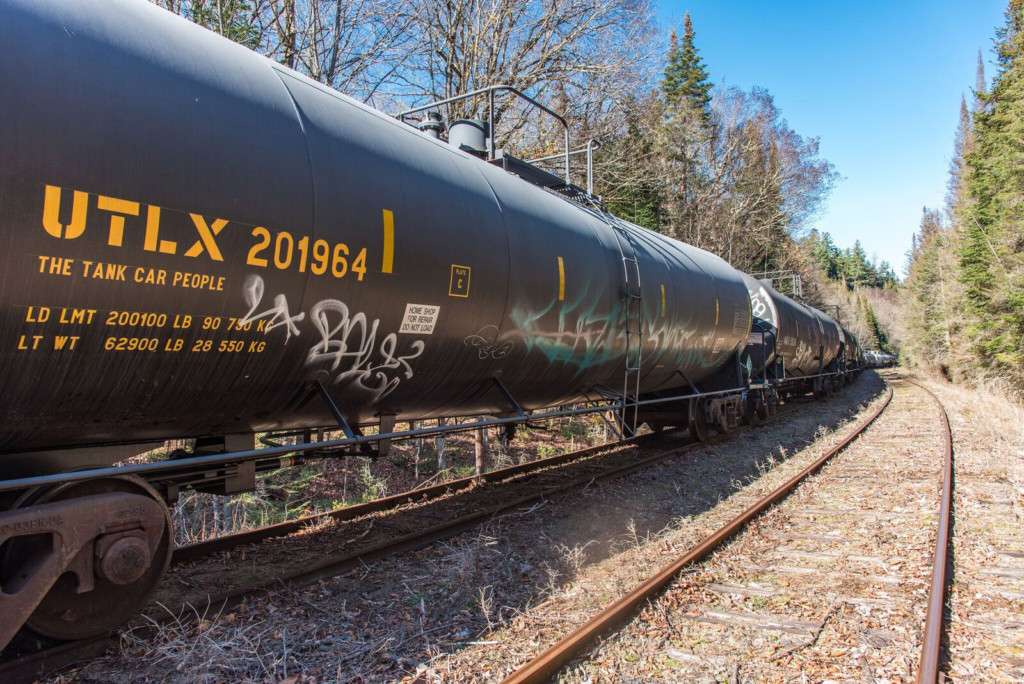 If we do not prevent them, this will be the sight along the river valleys of the Hudson, Boreas, and Opalescent Rivers. With your support, ADK will continue to work toward a solution. Say ‘NO’ to abandoned oil cars in the Adirondacks! Make your gift to ADK today.

P.S. Say ‘NO’ to abandoned oil cars in the Adirondacks!
Do not let the photo above become the new reality for your beloved Adirondacks. Please give as generously as you can to help ADK protect our wild lands.