Initially Ed Ellis, President of the Iowa Pacific Railroad, the owner of the Saratoga & North Creek Railway, said he planned to generate income by storing several thousand rail cars on the 30 miles of the Tahawus Lines aka Sanford Lake Spur.  He was able to contract with Berkshire Hathaway for the storage of about 80 DOT 111 obsolete tank cars on the 2.9 miles of double track siding along the Boreas River.  Strong opposition by Governor Andrew Cuomo, Comptroller Thomas DiNapoli, the Department of Environmental Conservation, Essex and Warren Counties, and the environmental community convinced Berkshire Hathaway to request that its 80 cars be returned to them. This transfer has thus far been prevented by snow and ice, but will be accomplished later in the year.  Ed Ellis now claims that all the politics arising out of his proposal to store tank cars in the Adirondack Park and Forest Preserve has scared other potential rail car storage customers away.

On March 29, Ed Ellis told the Public Works Committee of the Warren County Board of Supervisors that he plans to shut down the Saratoga & North Creek Railway’s summer tourist and winter ski trains permanently unless Warren County, the state, or someone buys the Tahawus/Sanford line from the Iowa Pacific for $5 million. He said the company has lost millions of dollars because it has not been able to develop sufficient freight traffic to balance bills for its tourist trains, which do not produce enough revenue to support the activity.

Ellis claimed that he would not be willing to attempt to ship stone out of the Tahawus mine site unless he received the $5 million in advance.  The company had recently entered into a contract with Barton Mines of North River to transport stone. It is not clear whether Ellis’s decision to shut down the Saratoga & North Creek Railway would nullify the Barton Mines contract.

The railway has also contracted with Revolution Rail Co., which offers rail bike rides on the Tahawus line, for rail bike trips. The company’s voicemail and Facebook page show business as usual for a late-May seasonal opening, and the Iowa Pacific said the railway’s decision about its operations will not affect the rail bike business.

Ellis told the Supervisors that he paid $1 million for the Tahawus/Sanford line and invested an additional $2 million, and that he was willing to entertain lower offers for the Tahawus line.  The Iowa Pacific attempted to haul commercial rock out of the former titanium mine at Tahawus in 2017, but was unable to make a profit doing so.  The new owner of the Tahawus mine has indicated to the Department of Environmental Conservation that he currently plans to ship the rock by truck.

ADK is happy with the apparent demise of the Iowa Pacific’s plan to generate revenue by storing hundreds or thousands of obsolete tank cars on the lands of the Forest Preserve between North Creek and Tahawus.  ADK believes the state should negotiate a fair price for the Tahawus railway line and buy it from the Iowa Pacific.  ADK also believes that the concept of turning this railroad corridor into a multi recreational use rail trail could be a very worthy project which should be closely studied and evaluated. Hikers, cyclists, nordic skiers and other recreationists using this rail trail could bring dollars into the Towns of Johnsburg, Minerva and Newcomb.

For additional information on the rail car storage, read the articles below:

Say NO to rail cars and support ADK’s advocacy efforts with your gift today. Thank you! 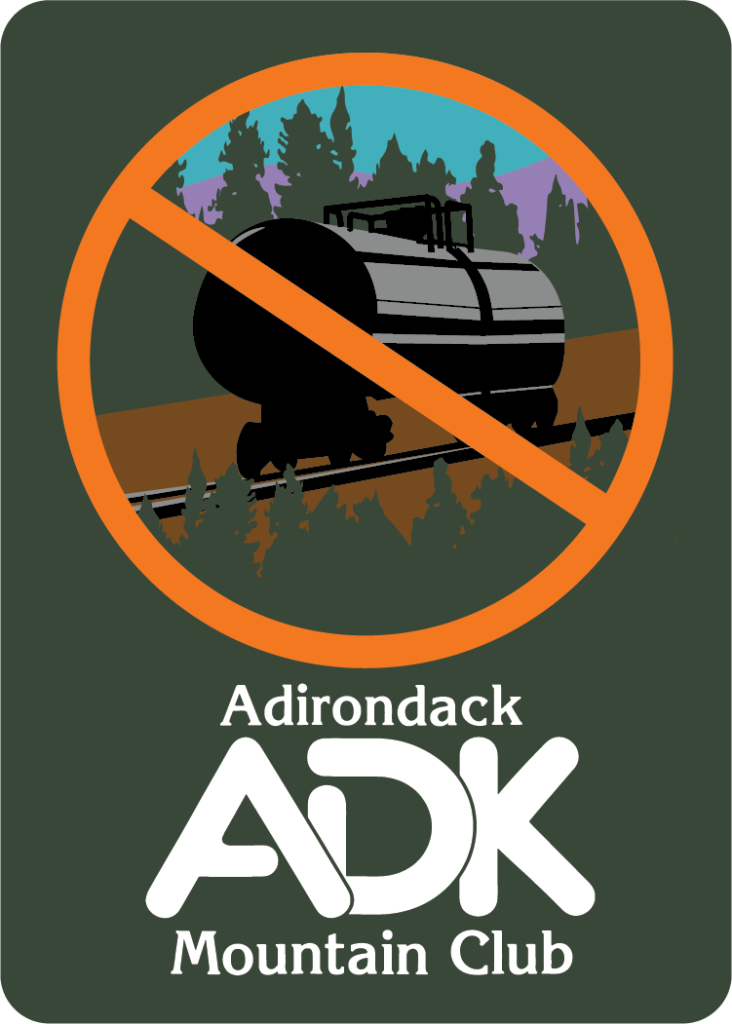 About the Author: Neil Woodworth