ADK’s (Adirondack Mountain Club’s) professional trail crew has returned to a familiar work site: the Salmon River Falls Unique Area. Located an hour north of Syracuse, New York, Salmon River Falls is a popular hiking destination with a picturesque waterfall. The crew has been working for the last month on the Gorge Trail, which is the most heavily used trail section in the area. 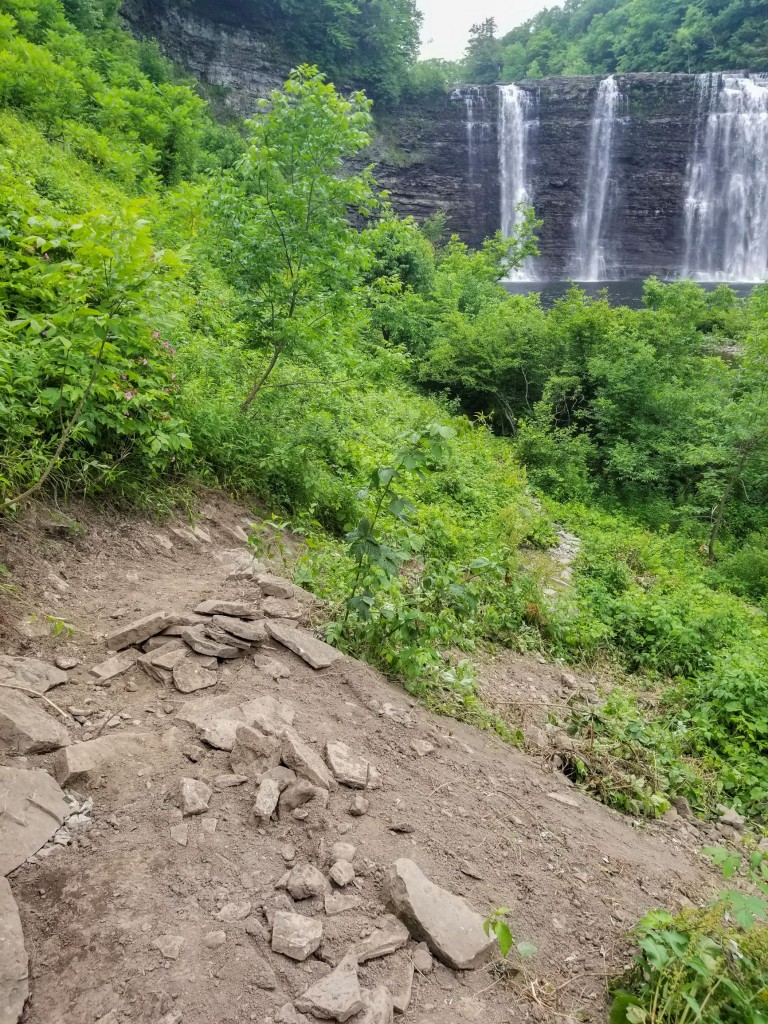 Leading hikers to the base of Salmon River Falls, a wide 110-foot waterfall, the Gorge Trail has seen large increases in visitor use over the last few years, particularly among first-time hikers who are often unprepared for the steep and slick descent into the waterfall basin. First constructed by ADK’s professional trail crew in 2000 and maintained in 2008, this trail was designed to handle low volumes of one-way traffic, as the area was relatively unknown at the time. As a result, the Gorge Trail is narrow and unable to accommodate the high number of hikers that this area sees today. An increase in injuries and trail erosion over the last few years led the New York State Department of Environmental Conservation (DEC) to close the Gorge Trail in August 2019 until it could be rebuilt to handle high levels of use by ADK’s professional trail crew this summer. 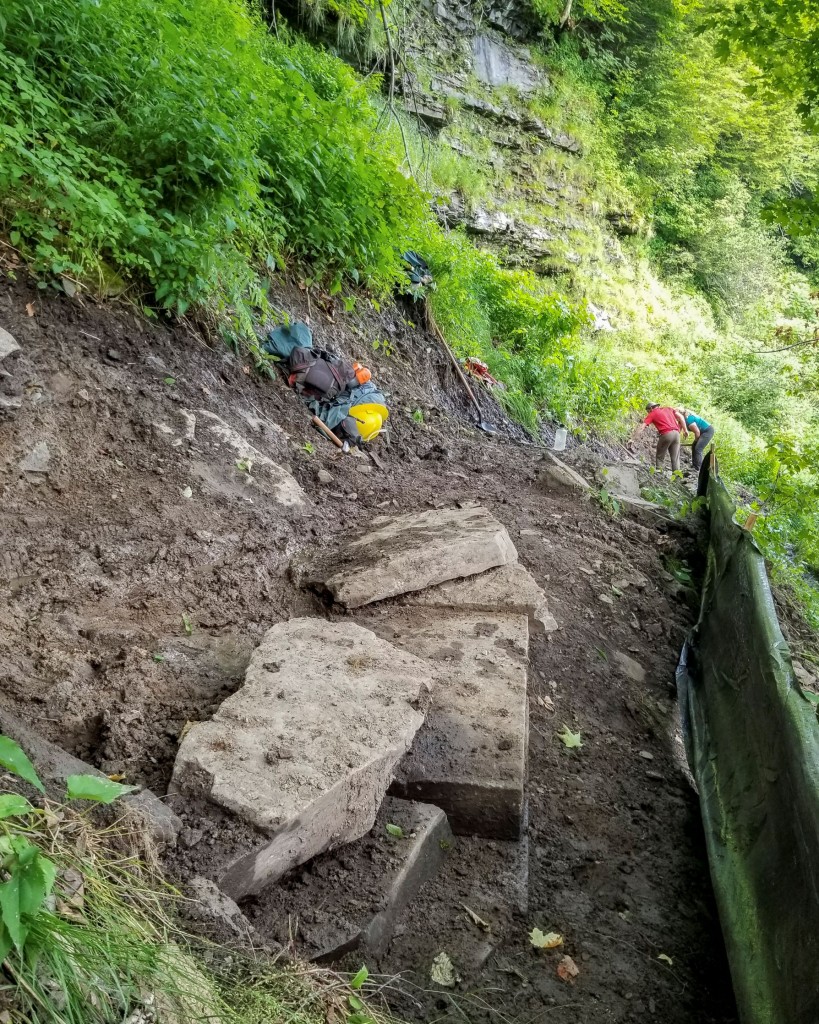 In order to achieve this, professional trail crew members have been widening the trail to allow for two-way traffic and installing stone plates to stabilize the hillside. In some sections, they have reconstructed stone staircases and installed wire handrails. By creating a wide, stable surface the goal is to give hikers a safe path down to the waterfall with ample room to pass others and stop for breaks. Additionally, the crew has been working to brush in herd paths, which are undesignated trails that form when hikers take “shortcuts” around muddy or unsafe sections of trail. Many of these paths take hikers down steep and unstable hillsides, increasing the risk of injury.

Upon completion of this project, the professional trail crew will be moving on to projects in the Hoffman Notch Wilderness and on the summit of Mt Haystack, one of the 46 high peaks in the High Peaks Wilderness. 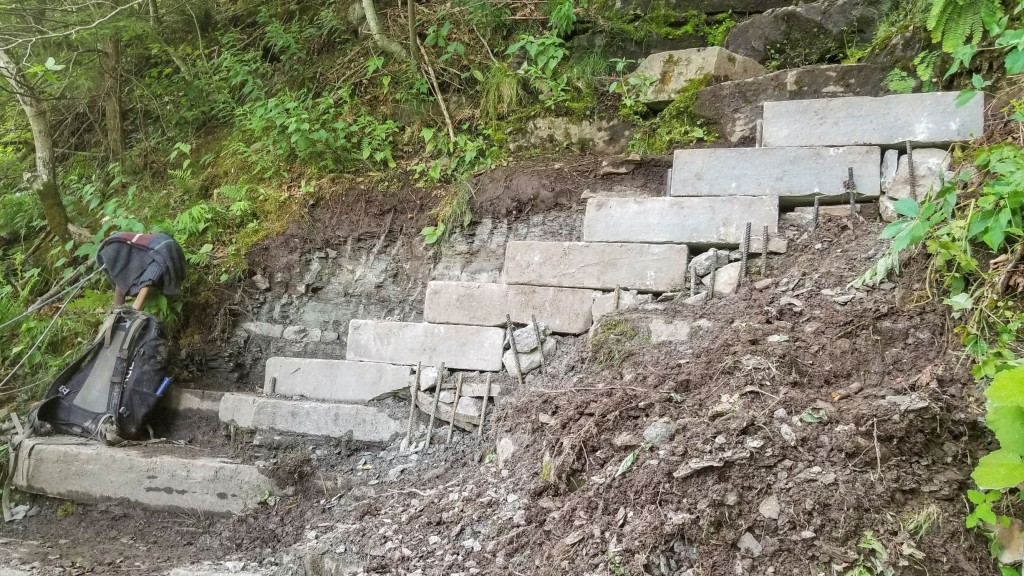