Summer has passed, but that doesn’t mean that ADK’s (Adirondack Mountain Club’s) professional trail crew (pro crew) is done for the year. After tackling big projects in Avalanche Pass, Mt. Haystack, and Mt. Skylight, the pro crew entered the fall season by concentrating their efforts on yet another high peak: Mt. Colden. This project was made possible by funding from the Adirondack 46ers organization, which also supported the Avalanche Pass project that took place over the summer. 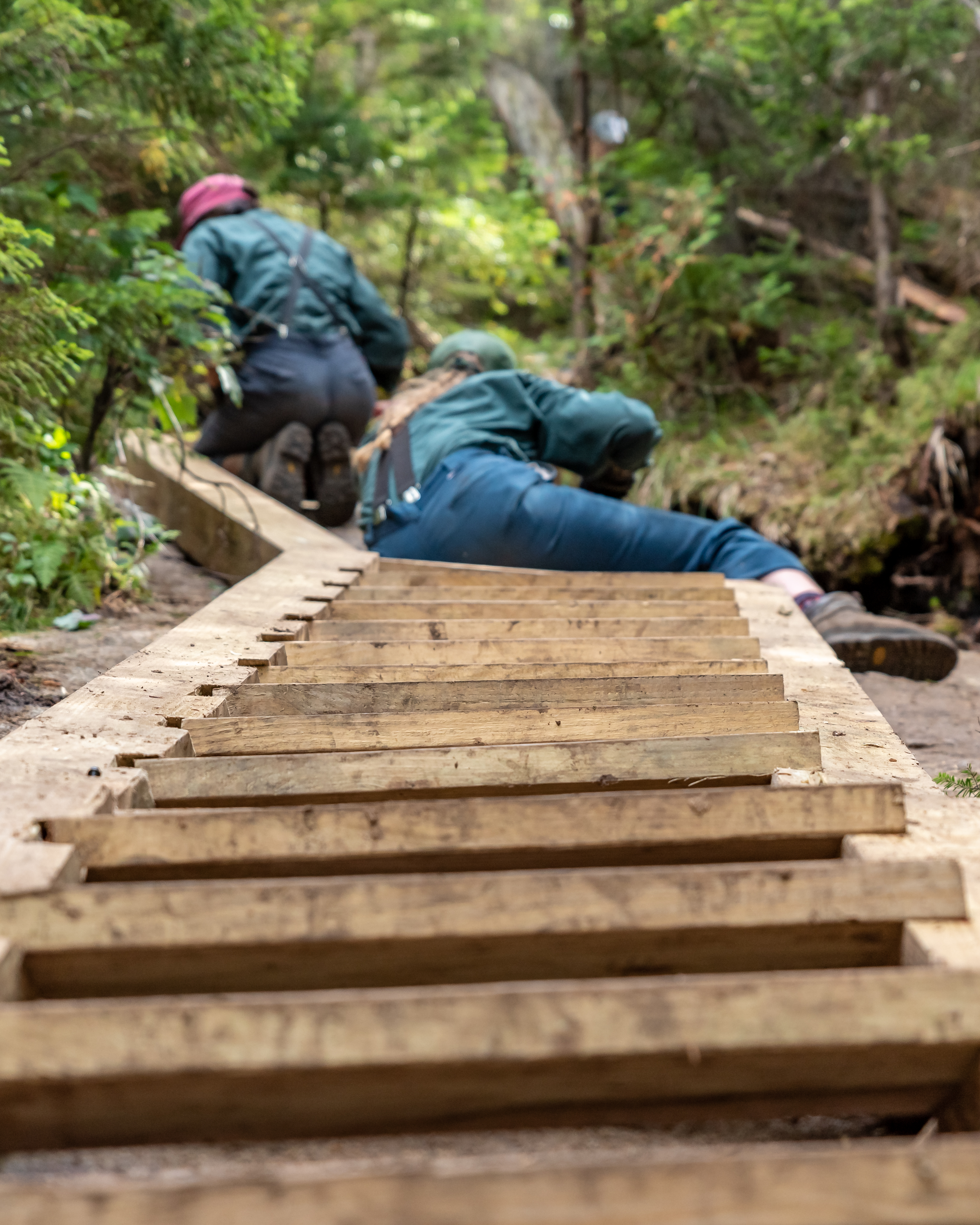 One of the most recognizable mountains in the High Peaks Wilderness, Mt. Colden is well-known for its steep, open slides and alpine scenery. The west-facing trail up Mt. Colden—which begins on the shores of Lake Colden and is often looped with the opposing Lake Arnold trail—is among steepest in the High Peaks Wilderness. Over the years, a series of wooden stairs have been built along this trail. By providing consistent footing along a set path, these ladders reduce the risk of injury for hikers and minimize trail side erosion. The pro crew added more ladders to a section closer to the summit that needed better trail infrastructure.

The process of building a backcountry staircase is a challenging one. Crew members first assessed where each set of stairs would begin and end based on the slope and direction of the trail. Then they created a frame, determined where steps will go, cut notches for each step, and bolted the frame into the bedrock. This required a tough combination of on-the-fly mathematical calculations and heavy lifting. While some crew members focused on wedging the steps into place, another group went to the summit of Mt. Colden to collect lumber airdropped by the New York State Police for the next set of stairs. After two weeks of intensive work, the result is three more sets of stairs that benefit not only the hiking community, but also the trails they so enjoy. 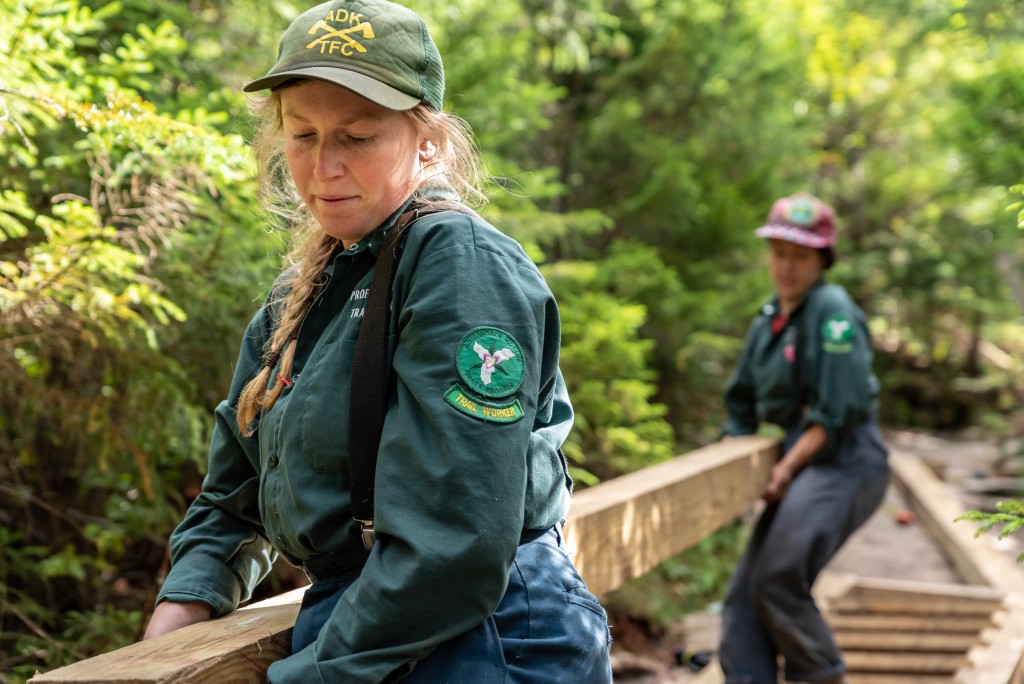 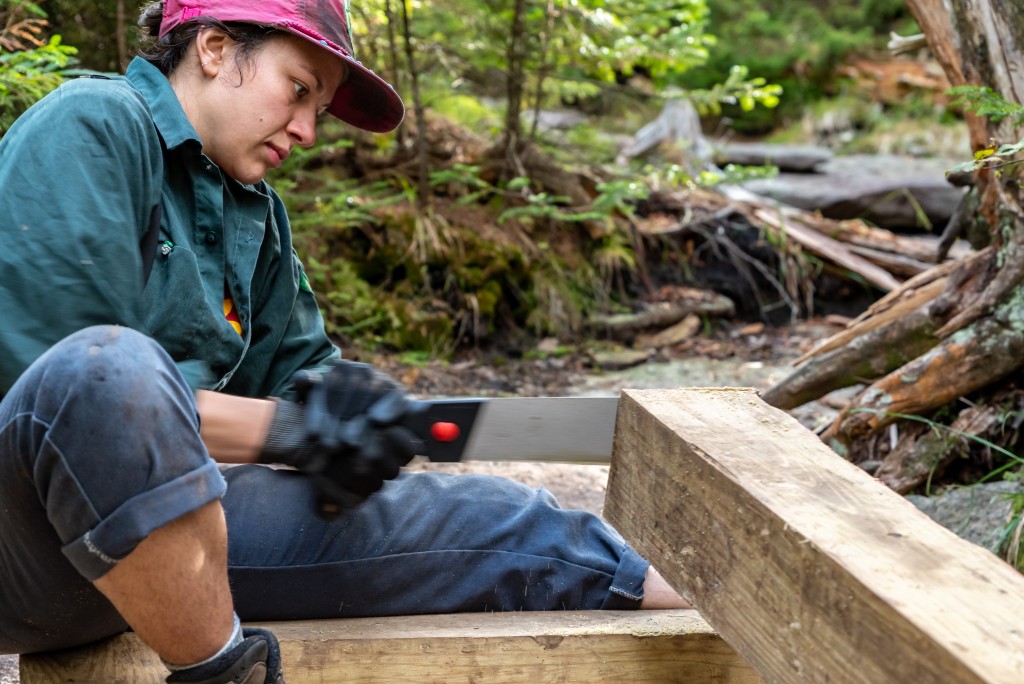