How You Can Help Stop Emerald Ash Borer

The Adirondack Park learned concerning information last week: for the first time, Emerald Ash Borer has been found within the boundaries of the Park. An invasive insect from northeast Asia, Emerald Ash Borer—commonly shortened to “EAB”—has been spreading throughout the United States since at least the early 2000s, but the Adirondack Park had long managed to avoid the destructive presence of this insect despite it being documented in other parts of New York.

Emerald Ash Borer is highly destructive to American species of Ash, primarily in its larval stage; once present inside the bark of an Ash tree, this invasive species can kill it within 2 to 4 years. It has been spread throughout the United States as a hitchhiker in wooden shipping pallets and firewood. For this reason, New York State only allows campers to transport firewood a maximum of 50 miles from where it was harvested.

Now that Emerald Ash Borer is here, how do we stop it from spreading further? There happens to be an app for that! 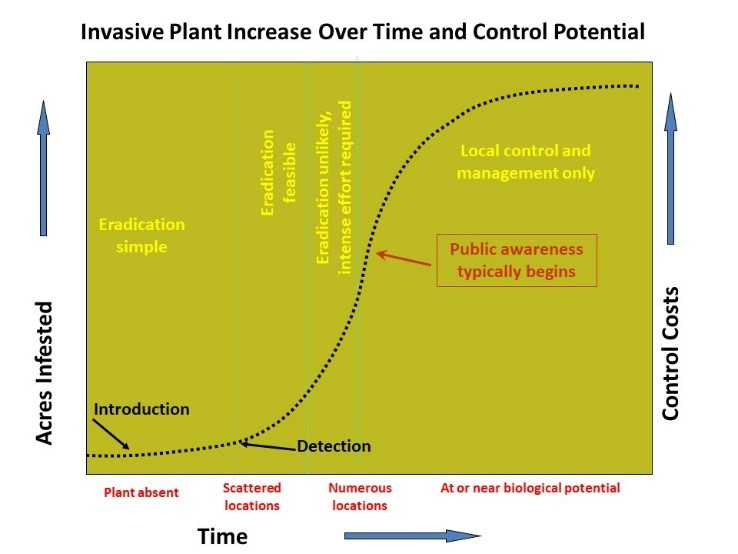 ADK is currently involved in early detection efforts for Aquatic Invasive Species and Hemlock Woolly Adelgid. There are guided trips this summer to help you learn how to identify and report invasive species in backcountry lakes and ponds. You can sign-up for a trip or learn more about the project.

Now you can also help by identifying Emerald Ash Borers and Ash trees (even when EAB was not detected). The strategy for EAB in the Adirondack Park will be to identify significant trees or stands and try to save them through local treatment or biological control, rather than treatment on a landscape level.

The easiest way to stop the spread of EAB: don’t move firewood! Because EAB can hitchhike in firewood, it can be quickly introduced to an area by campers transporting firewood long distances. Purchase it local to where you will be staying, or opt to not have a campfire. Our decisions have a major impact on whether an invasive species is introduced to an area or not. Along these lines, we recommend reading more about the Leave No Trace Principle of Leave What You Find, which can help avoid spreading invasive species.

Learn more about efforts to stop the spread of other invasive species in the Adirondack Park and in the Lake Champlain Basin.