Sneak Peek: The New “Kids on the Trail!” Book

ADK’s long-popular Kids on the Trail! Hiking with Children in the Adirondacks will soon be released in a second edition. Seventy-one hike descriptions are accompanied by distance and elevation data, color maps, and color photos. Almost forty percent of the hikes are new to the book, and nine descriptions have been added since the first edition. Anecdotal asides, observations, and, occasionally, straightforward advice are interspersed. Below is an excerpt from the book about Potash Mountain, a fantastic hike for families in the Lake George area. 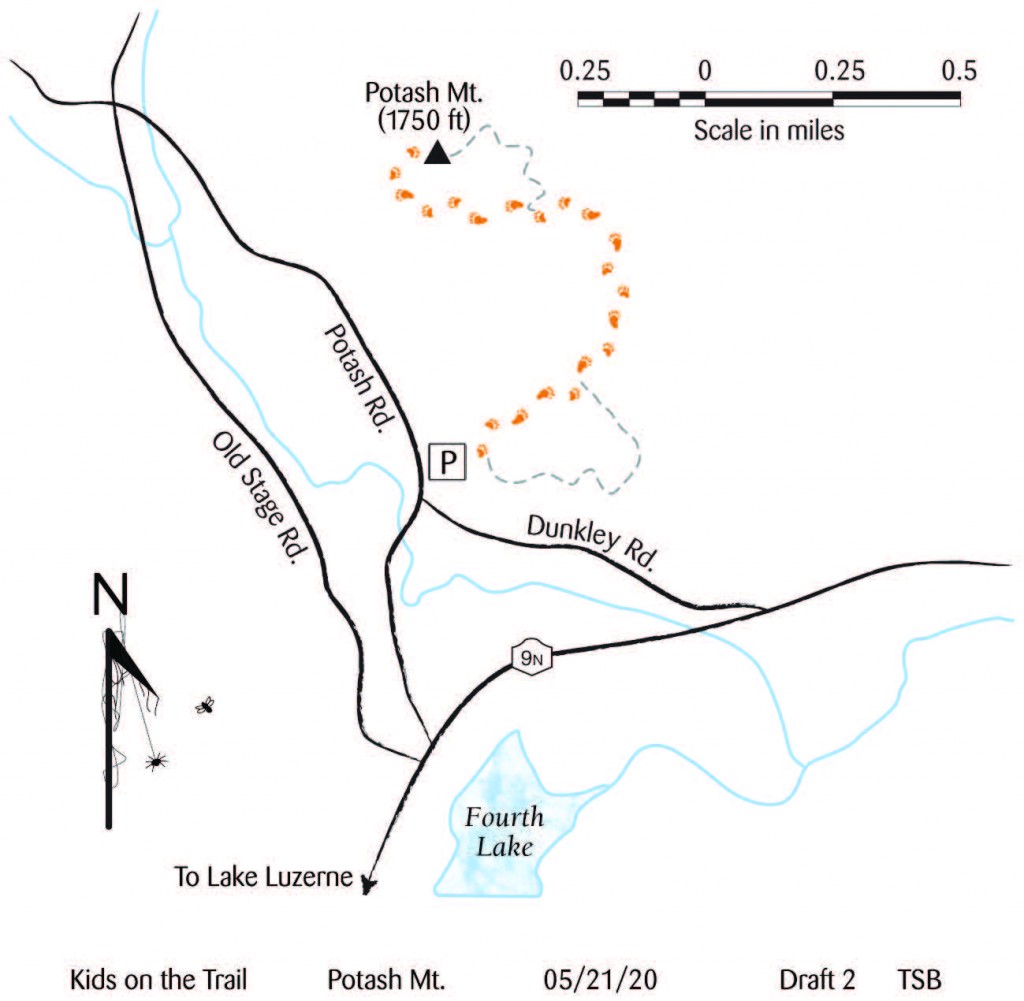 A trail up Potash Mt. opened in 2017 on the Harris Land Preserve. It’s a fairly steep climb, but the views from open rocks near the top to the S and W are superb.

Trailhead: As you drive N on NY 9N from the main intersection in Lake Luzerne, where NY 9N crosses East River Dr. and Bay Rd., Potash Mt. looms ahead. Just over 3 mi brings you to Potash Rd. branching left. Follow this to a large parking area on the right. The sign at the end of the lot welcomes you to Harris Land Preserve.

The blue-marked trail is easy to follow but ascends consistently—often quite steeply. A red-marked nature trail loops off to the right and returns shortly after, also on the right, but the main trail continues to ascend ahead with blue markers. A rock face appears on the right, and the trail swings right, passing close to its base. Approx 0.2 mi before the summit, a sign indicates the marginally shorter Eastern Ridge Trail to the summit at right. Continuing ahead, there are many switchbacks as the trail gets even steeper in places before reaching the lookout rocks with 180-degree views to the S.

Fourth Lake is directly below, with a small piece of the Hudson River glinting in the distance. You can see NY 9N cutting straight through the trees toward the S. Also visible are many other southern Adirondack peaks.

From the summit, you can retrace your steps or follow the Eastern Ridge Trail to descend. The latter circles back to the main trail as noted on the sign first encountered below the summit, which says, rightly, “either route is a fine choice—a nice loop.”

Kids on the Trail is a valuable companion to the ADK Kids Challenge–the first Adirondack challenge to be issued by the club–which offers free patches to young hikers who complete sixteen hikes from throughout the Adirondack Park. Begun in 1998 and sponsored by ADK’s Laurentian Chapter, of which the authors are members, it has prompted more than 200 children to earn patches while exploring the park’s farthest reaches. In submitting the form, many of their adult companions include their children’s observations and thoughts in letters that often go on to thank the authors for opening the writers’ eyes to the park’s outstanding diversity. 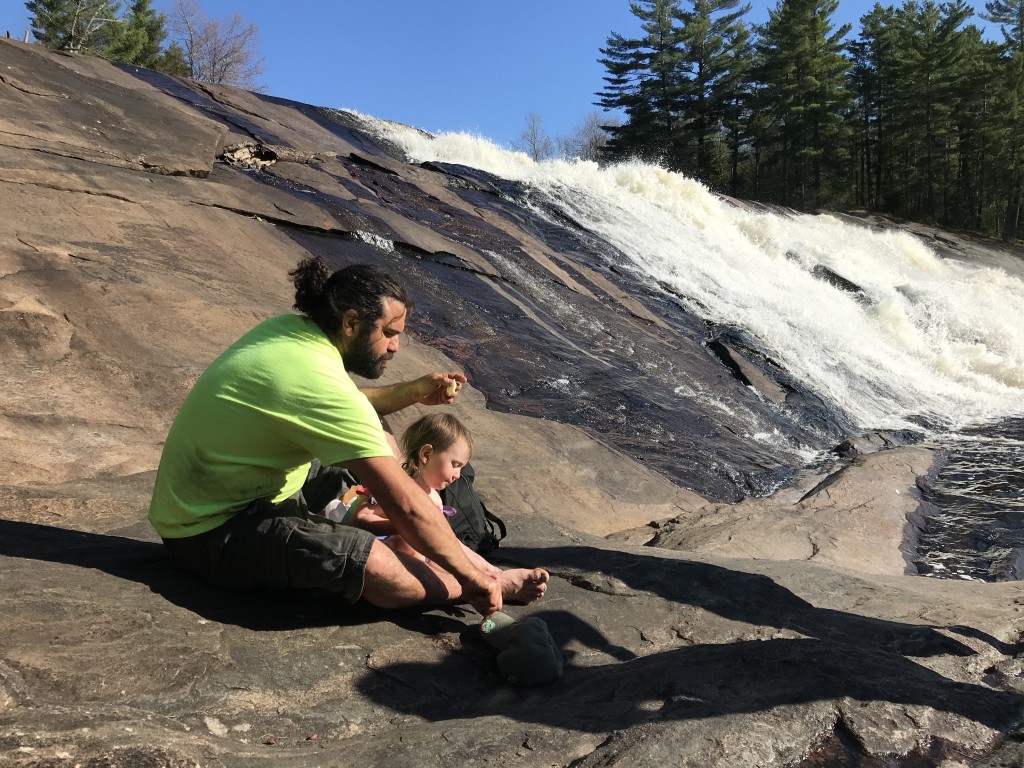