From May until October every year, guests with a myriad of skills and backgrounds make the 3.5-mile pilgrimage to Johns Brook Lodge (JBL). Most come looking for a comfortable place to stay and hearty meals to fuel their adventures while spending a few nights with the nearby music of Johns Brook.

In recent years JBL has seen a lot of positive changes which would not have been possible without such dedicated staff, volunteers, and numerous donations.  Some of these changes include new pine paneling in the lodge great room, new bunks and mattresses, odorless bathrooms using a vault privy system, improved water filtration system, a brand new front porch, convenient public water spigot, renovated Henry Young staff cabin, and the addition of weekend Naturalist lectures.

In 2016, through the donation of the late educator Stephen C. Frauenthal, JBL also added several interpretive signs throughout the property. These signs are eye-catching and provide pertinent information on bear safety, alpine ecosystems, hiking and camping etiquette while maintaining the integrity of a wilderness setting. In the coming years JBL hopes to update its solar system as well. Guests are certainly not roughing it beyond the 3.5-mile trek from the nearest trailhead! The NYS Department of Health dictates the standards and, without warning, inspects the building and its installations every year.

Neal Burdick, long-time editor of Adirondac Magazine, spent the summers of 1969 and 1970 as a crew member (“hutboy” in those days) at JBL. “The health inspectors usually showed up in street shoes, and sometimes sweat-soaked business suits, and had terrible blisters,” he recalls.  “They were not hikers!” 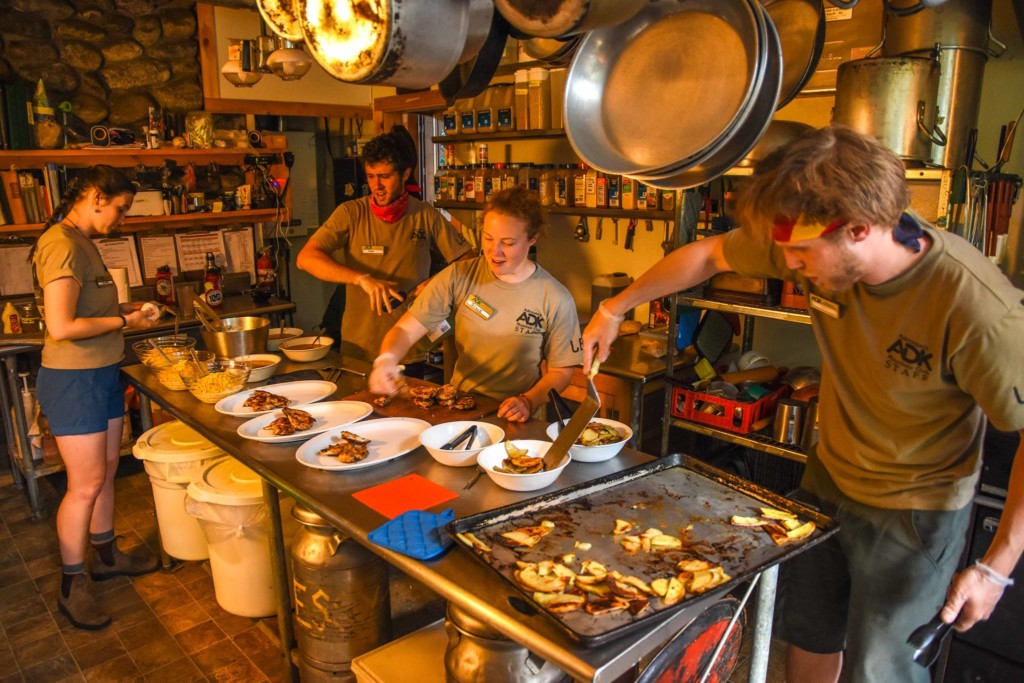 In the summer, when wholesome meals are provided, there is no access to the kitchen for the guests. The non-perishable food and other operating supplies get flown in by helicopter in early spring and the other 6,000 lbs. of perishable supplies are carried in on the backs of the six-person JBL hut-crew. (“We did it with three,” Burdick notes). The kitchen sports three fridges and one large chest freezer. Naturally, four to five bags of garbage and recycling make the trip back to the Garden Trailhead every week. The lodge also has on-site composting system that is surrounded by a solar powered electric fence to keep black bears at bay.

While some 90% of the guests aim to reach one or more high peak during their stay, another 10% stay nearby or have a special schedule. The average stay is two nights. Some have been coming for the last 50 years, with the oldest guest to make the trek till now, an almost 92-year-old.

JBL is a great base for an outing with family or friends, as well as for groups with a specific agenda in mind. One such instance is an outing planned by Jim Schneider (Glens Falls – Saratoga Chapter). For the past few years in late September, Jim and four other adults have led a group of 17 seniors from the Schenectady High School advanced academic program to JBL. In partnership with fellow teachers and ADK, this self-funded advanced academic program sees the group tackle different projects on ADK’s property (lean-to preparation, trail work, etc.) and occasionally an evening presentation. These students have contributed more than 337 hours of volunteer work to date as well as enjoying the hiking opportunities in the Johns Brook area. 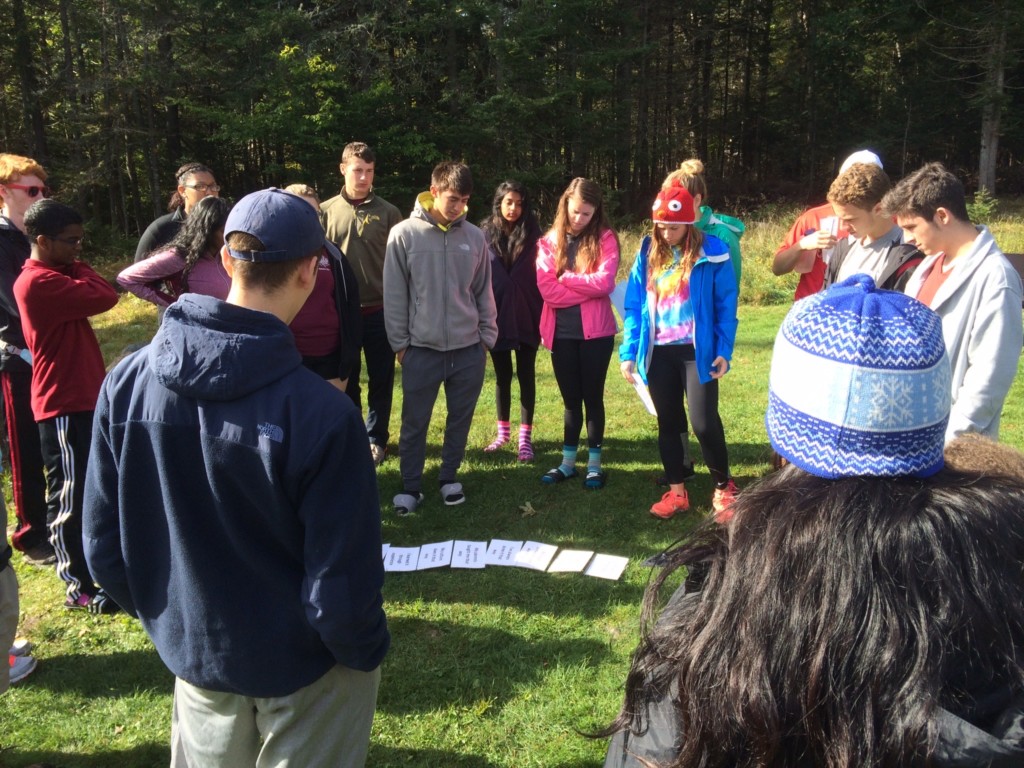 “In September 2015, Julia Goren put on a great program during our first evening on Adirondack history followed by Leave No Trace and map and compass workshops the next day,’’ said Jim. “I feel very strongly about introducing wilderness to urban students from a diverse high needs community.  Incidentally, one of our graduates served as a volunteer summit steward this past summer and another joined an ADK trail work team!’’

Now is the time to plan and reserve YOUR 2017 JBL visit!

About the Author: Christine Bourjade