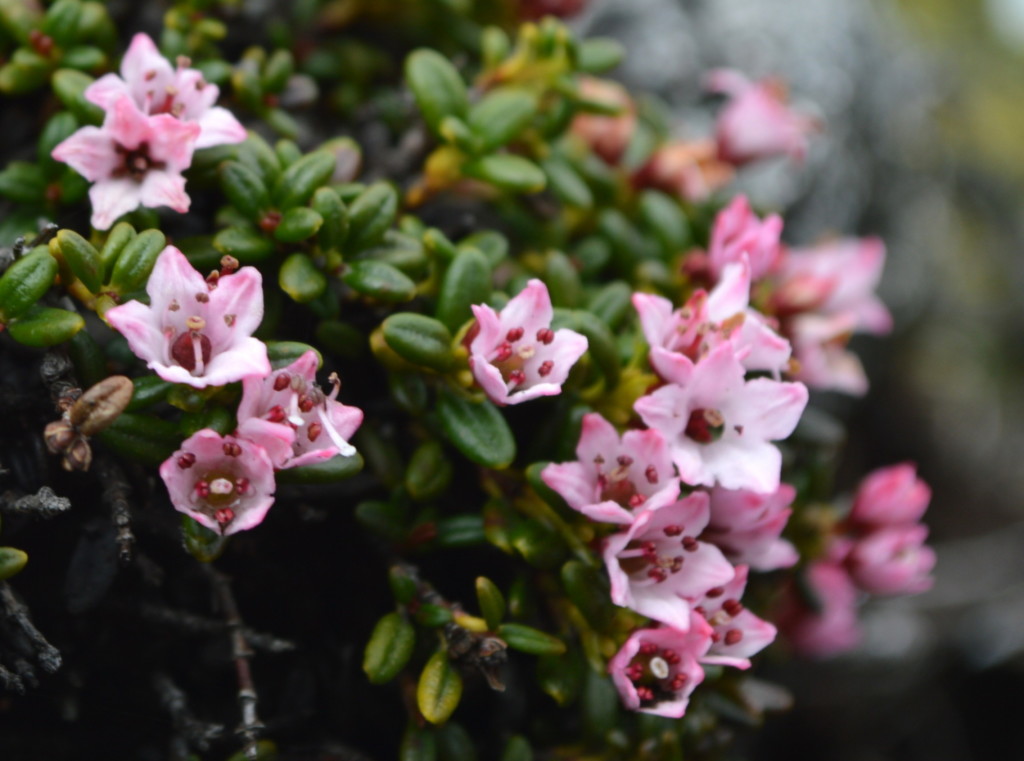 Coming in at number four is Alpine Azalea. This tiny version of the common azalea has rose-pink flowers. The only population in New York State is on Skylight.

3 things you can do to protect imperiled plants in New York State:

1. Teach others to travel and camp on durable surfaces. On the summits, stewards ask people to “Do the Rock Walk.”
2. Encourage people hiking in the High Peaks to “Carry a Rock” to the summit of Marcy, Algonquin, Wright or Colden, where stewards will place them for restoration work.
3. Support ADK’s Summit Stewardship Program. Volunteers and donations make the difference for all the imperiled plants. Donate today!

Without Summit Stewards, some of the most vulnerable plants on New York’s highest summits could become extinct.