Governor Cuomo’s Bond Act, if passed by the legislature and approved by voters, would provide three billion dollars to invest in combating natural resource degradation throughout New York State. The Governor has outlined six key areas in which the State will look to invest. One of those areas is “investing in resilient infrastructure”. That phrase struck a deeply personal chord with me as Trails Coordinator for ADK (Adirondack Mountain Club). In order for a structure to be considered “bondable”—and thus eligible for funding under this act—it must be able to last at least as long as the bond itself (in this case, 30 years). Historically, trails have not been considered to be bondable; whether this is due to a belief that they cannot last long without needing major improvements or some other reason, increased knowledge of ecosystems and trail building techniques have evolved to the point that this interpretation must change. Trails, if built using modern trail building techniques, can last far beyond the 30-year minimum to be supported by this bond act. 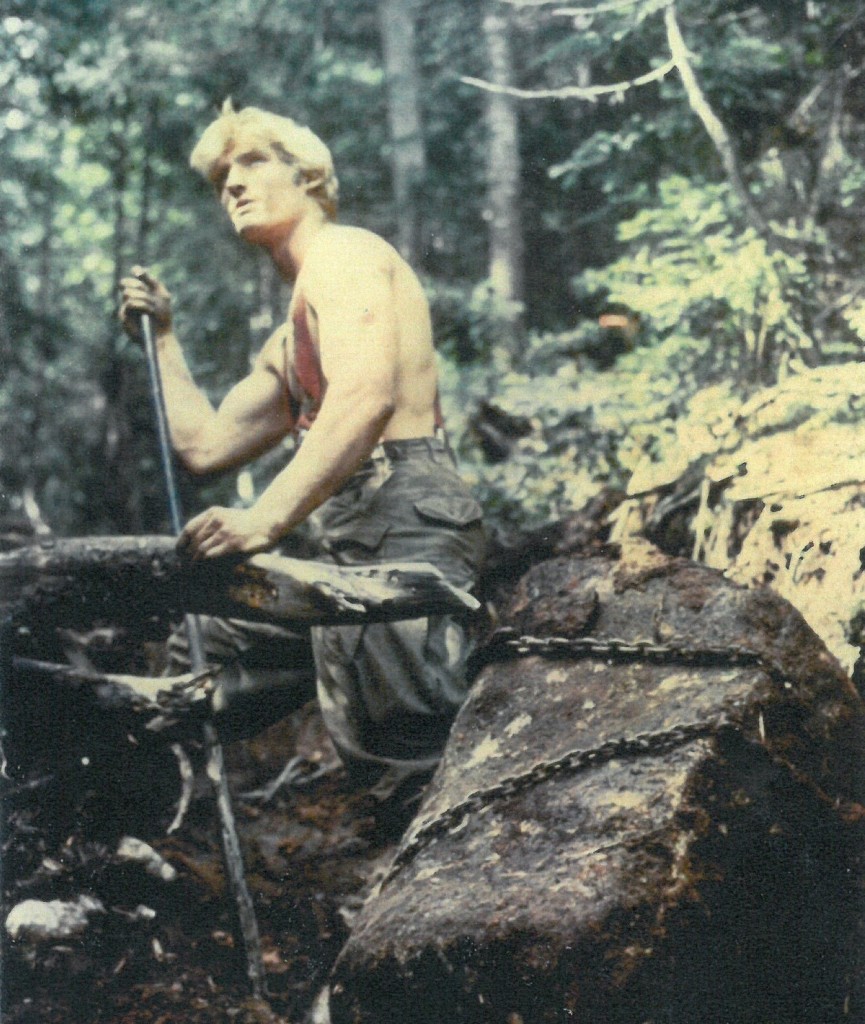 For the last fourteen years I have been crafting trails with stone and steel in order to protect the incredibly fragile ecosystems found throughout New York State. And before me came many generations of ADK Trail Crews who worked tirelessly with the same tools and techniques. Proper trail construction techniques give the public a well-defined and more accessible path to their destination. Where trail sections are not easily defined or difficult to access, hikers will invariably leave the trail to find an alternative route.  By leaving the trail, we impact the surrounding ecosystem. This can be anything from compressing soils, to uprooting trees, to eroding away organic materials that flow into streams, lowering the dissoluble oxygen levels in our protected watersheds. The ecosystems that have suffered the most are located in the High Peaks region of the Adirondacks.

There are two major factors that have exacerbated trail degradation. First, almost all of the trails leading to the most popular peaks in the Adirondacks were built well before sustainable trail construction techniques were understood.  As a result, trails follow steep grades with minimal switchbacks, and minimal consideration for the soil composition and natural landscapes. In other words, they are not ecologically sound.

The other major factor is how repairs have traditionally been applied to these eroded trails. Instead of looking at the issue in a holistic way, short term fixes have been applied to minimize damage along sections of muddy or eroded trails.  This approach is evident when you hike the Van Hoevenberg trail from Marcy Dam to the summit of Mt. Marcy. You will notice several hundred trail structures that have been installed over the decades. All of them have undoubtedly improved the trails, yet when you look at the trail in its entirety, it’s still a mess. This is due to the original trail layout. To make the existing Van Hoevenberg trail capable of withstanding high visitor use, every square foot along the edge of the trail corridor would need to be revegetated to rehabilitate the area. Almost every square foot of the trail would also need to be hardened with stone or wood. That would be a massive undertaking. 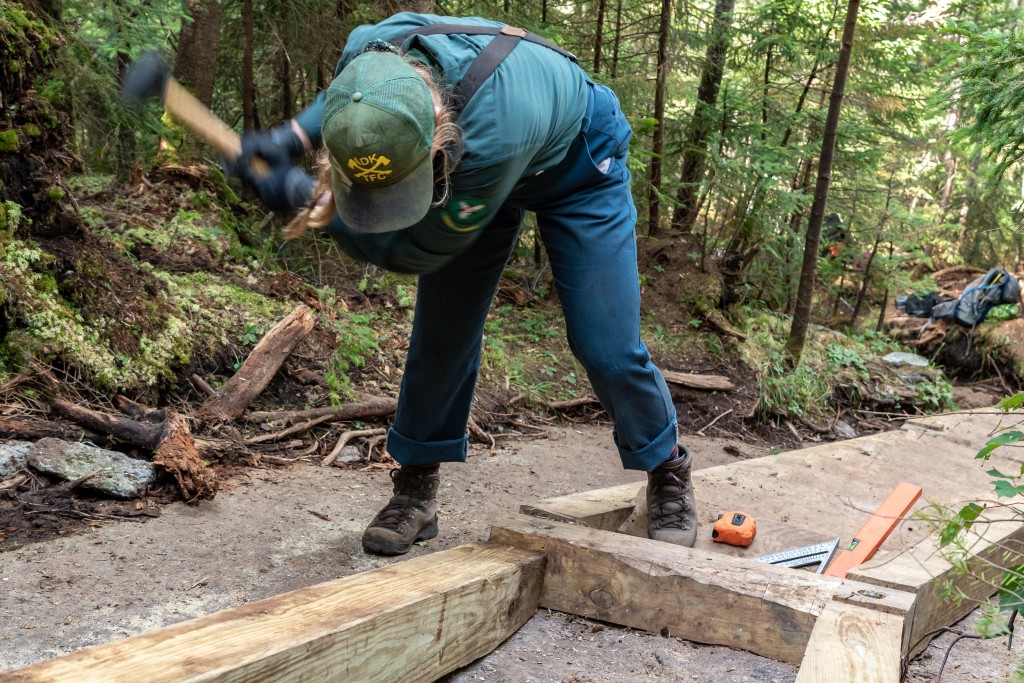 Instead of continuing temporary, stop-gap fixes to mitigate the natural resource damage that is currently happening, a new trail could be conceived with a “trailhead to summit” approach in construction. This is where the trail is laid out to minimize erosion, and remediation structures like drainages, rock steps, and turnpikes are built from the onset; not after the damage has already occurred. Applying all of these techniques skillfully will result in a trail network that will last well beyond the 30-year requirement to be included in funding from the Bond Act.

Why has this never happened before? Because it requires a large upfront financial investment to see the project to completion. Traditionally, NYS Foresters relied on NYS Environmental Protection Fund (EPF) funding to build/fix trails. That funding is allocated to each region of the Forest Preserve on a year-to year basis. This forces Forester’s to choose short term solutions because they are uncertain if they will have the sustained funding needed to create a more robust and sustainable solution. Governor Cuomo’s bond would finally allow trails in the Adirondack Park to be built to last, which would not only protect ecosystems, but also enhance the visitor experience. For the sake of all of those who have worked on, enjoyed, and otherwise supported trails in the Park, let’s make sure funding is allocated to trail work in the Bond Act. 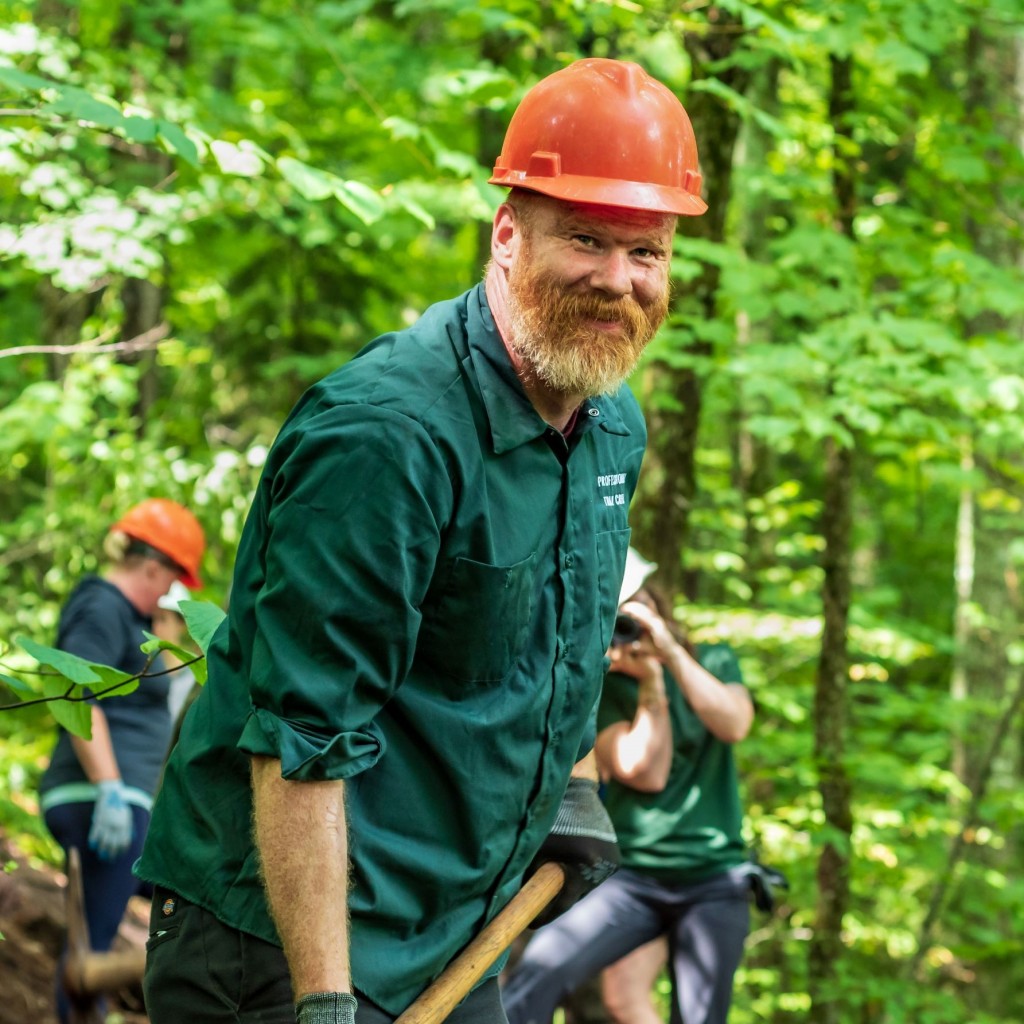 Andrew Hamlin is ADK’s Trails Coordinator. Responsible for overseeing the professional and volunteer crew programs, he has worked for ADK on behalf of New York’s trails for over fourteen years.

About the Author: Andrew Hamlin