A Talk in the Woods: Students Become Teachers in Leave No Trace

The seven students peering out from the edge of the lean-to hail from locations as varied as Chicago, Oakland, and Beijing, China, but for eight months of the year they all call the Adirondacks home. Facing them, Benji, a ninth grader at North Country School (NCS)—a two hundred–acre junior boarding school located in the High Peaks outside of Lake Placid—stands framed by warm-toned aspen, birch, and maple trees in full autumn display, backed by Cascade and Pitchoff Mountains. He gestures toward the laminated photos before him on the hard-packed dirt as his classmates inspect the display depicting a range of wild terrain, from solid granite to lush moss to delicate alpine flowers. Benji asks the group to work together to organize the photos in order of durability, assessing the impact their footsteps would have on the different environments.

While the school’s curriculum emphasizes the natural world and hands-on learning on a regular basis, Benji isn’t presenting information studied in a class. He, along with the other eighth- and ninth-graders participating in the overnight weekend, is training to be a Leave No Trace (LNT) educator. LNT is a national organization working to spread fundamental principles of outdoor ethics, and once they’ve completed the two-day course, Benji and his classmates will be able to take their knowledge of minimizing impacts on the natural world with them for the rest of their lives, leading workshops in their communities and beyond.

As NCS faculty members and all-around outdoor enthusiasts, my husband, Elie Rabinowitz, and I saw LNT’s philosophy as a perfect match for our institution. Joining efforts, Elie and Seth Jones, education programs manager for the Adirondack Mountain Club, both trained LNT master educators, ran the workshop most commonly offered for adults to the group of self-selected middle-schoolers, base-camping out of one of the lean-tos scattered around the NCS trail system.

Though students at NCS spend much of their time in the outdoors hiking, camping, skiing, trail-riding horses, and rock-climbing, many of them hail from urban environments where a discussion of trail erosion might never come into play. But as the group clusters together around the photos of terrain, discussion abounds and hands reach to reorganize the display. Terms like impacted, recovery-time, and fragile environments are employed as students make the case for their choices.

Benji’s “Travel on Durable Surfaces” activity is the first of many throughout the training. In other student-led sessions, tents are set up and assessed for minimum ground impact; skits are performed on proper ways to dispose of human waste in the backcountry—a topic handled with equal parts amusement and maturity; students enthusiastically act like unleashed dogs in an activity on proper trail etiquette; and animated debates over the ethics of removing pine cones and glass bottles from the woods ensue.

In the evening, the students set up camp and prepare dinner. Penny, an eighth-grader from China, is responsible for a presentation on food waste disposal. She chops vegetables grown on NCS’s organic farm, collecting the scraps to go into compost back at the main campus and sorting inorganic food waste for trash. Jesse, a ninth-grader from California tasked with teaching a lesson on campfire impacts, carefully builds a campfire that adheres to LNT’s “Minimize Campfire Impacts” principle, checking that the wood collected is small enough that their fire will burn down to ash by the end of the night. Others collect water from the stream alongside the trail, testing various filtration systems and ensuring there will be enough water for everyone to cook with and drink.

After the second busy day of sessions, with the weekend drawing to a close, Seth leads the students in a final activity. He asks the group to think critically about how to approach situations where they see something not adhering to LNT principles. Seth acts out a scenario in which he discovers someone sitting on fragile alpine vegetation on a High Peaks summit, and has to decide what the most successful intervention strategy might be.

In the first presentation of the scene, he yells at the visitor, aggressively informing the individual that he or she is breaking “the rules” by killing vegetation that will take years to recover. In the second version, he engages the fellow visitor in a discussion about the beauty around them, appreciating that they are both able to enjoy the privilege of being out of doors. He eases into the topic of alpine vegetation, letting the visitor know he’s recently learned about mountaintop plant-life, and did they know about how rare and fragile it was? Because he hadn’t either.

The differences in the versions are clear, as are the outcomes—approach­ing a situation aggressively will rarely get the desired result, but if you assume that people are well-intentioned, they will often prove you right. It’s a good lesson in life, as in wilderness ethics, and the students appear to take it that way. 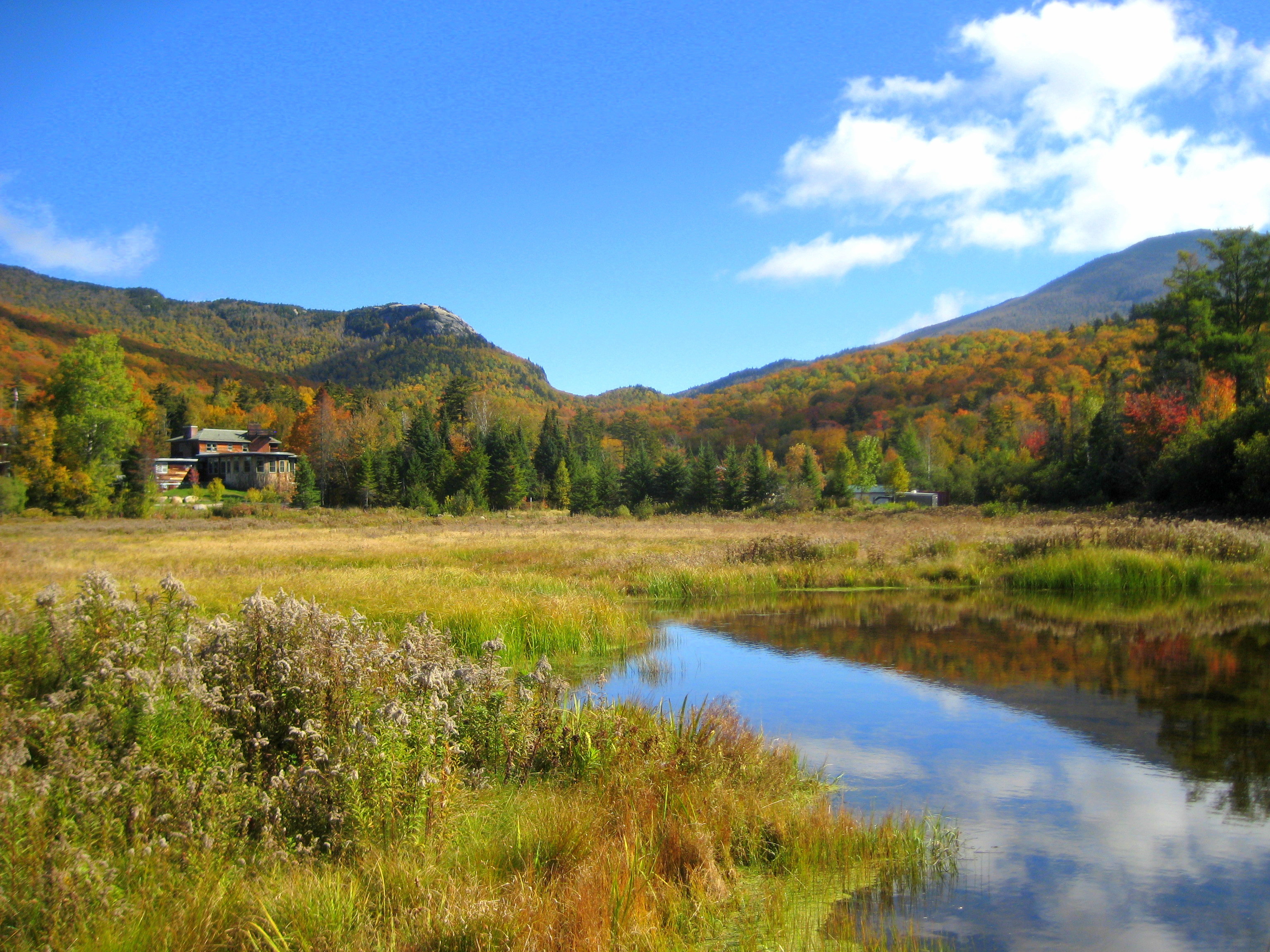 Where do we go from here?

As Sunday afternoon winds to a close, the students pack up their sleeping bags, sort and store trash, and attach group cooking equipment to the outsides of their camping packs. Making their way back to the campus buildings, arms laden with gear, they are instructed to think about the final aspect of their training. Each student has been tasked to design an action plan, laying out concrete ways they can bring Leave No Trace with them into the future.

For Benji, the child of a deaf parent, his plan involves using his fluency in American Sign Language to lead LNT workshops in the deaf community. For Penny, it means bringing wilderness principles into the urban environment of Beijing, China, helping foster greater appreciation of the significantly more limited natural spaces that exist around her. For all of them, it means thinking beyond themselves and applying their newfound knowledge toward a larger purpose. 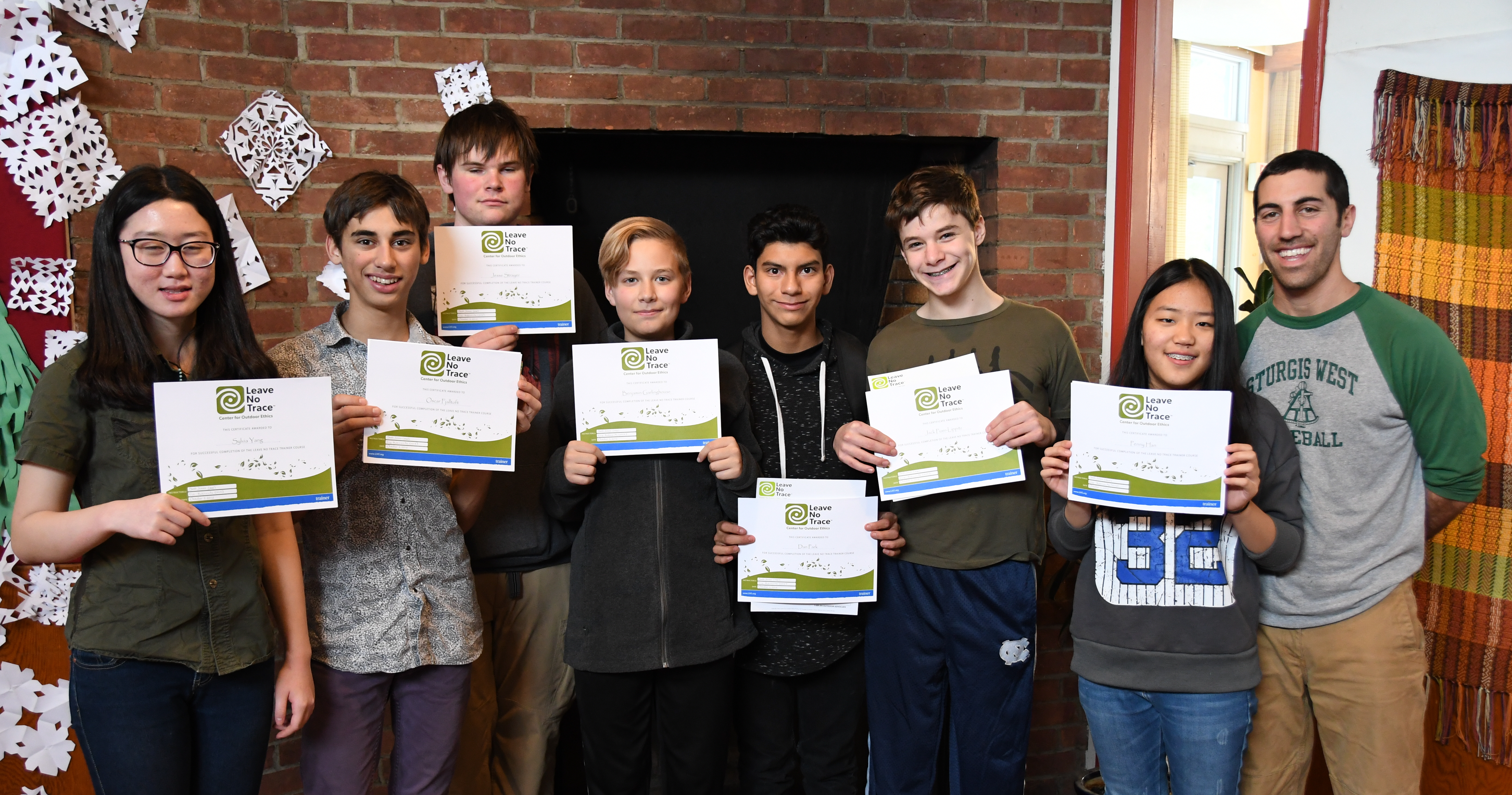 The Leave No Trace organization’s vision statement declares sustaining “healthy, vibrant natural lands for all people to enjoy, now and into the future,” as their goal in working with communities. By becoming LNT educators, these eight students have chosen to share in the responsibility of protecting the natural world for both themselves and others. It is a lofty goal, and as they discuss their various strategies for getting the word out, both at North Country School and in the greater world, it is clear they understand that if they want to walk in the woods in twenty years and see the same beauty they see now, their positive actions must start today.

About the Author: Becca Miller