The season that almost didn’t happen. Three months later, following a spring of uncertainty during which the program was nearly cancelled due to the pandemic, ADK’s (Adirondack Mountain Club’s) professional trail crew is officially done for the 2020 summer season. With a smaller team than usual, the professional trail crew was still able to complete five projects this summer, which contributed to creating safer, more sustainable trails in the Adirondack backcountry.

Unfortunately, volunteer programs were cancelled for the entire season, which resulted in a loss of nearly 5,000 volunteer hours that would have gone towards building new trail structures, clearing blowdown, and other vital contributions to the Forest Preserve. ADK hopes that next year brings safer conditions so that we can host volunteer programs again.

In the meantime, here is the 2020 professional trail crew’s season, by the numbers:

Spread over five projects between May and August, the professional trail crew spent 2300 hours in the field working on everything from building turnpikes to clearing blowdown off the trail. This work was completed by 10 crew members, many of whom were participating in their first season as crew members with ADK. 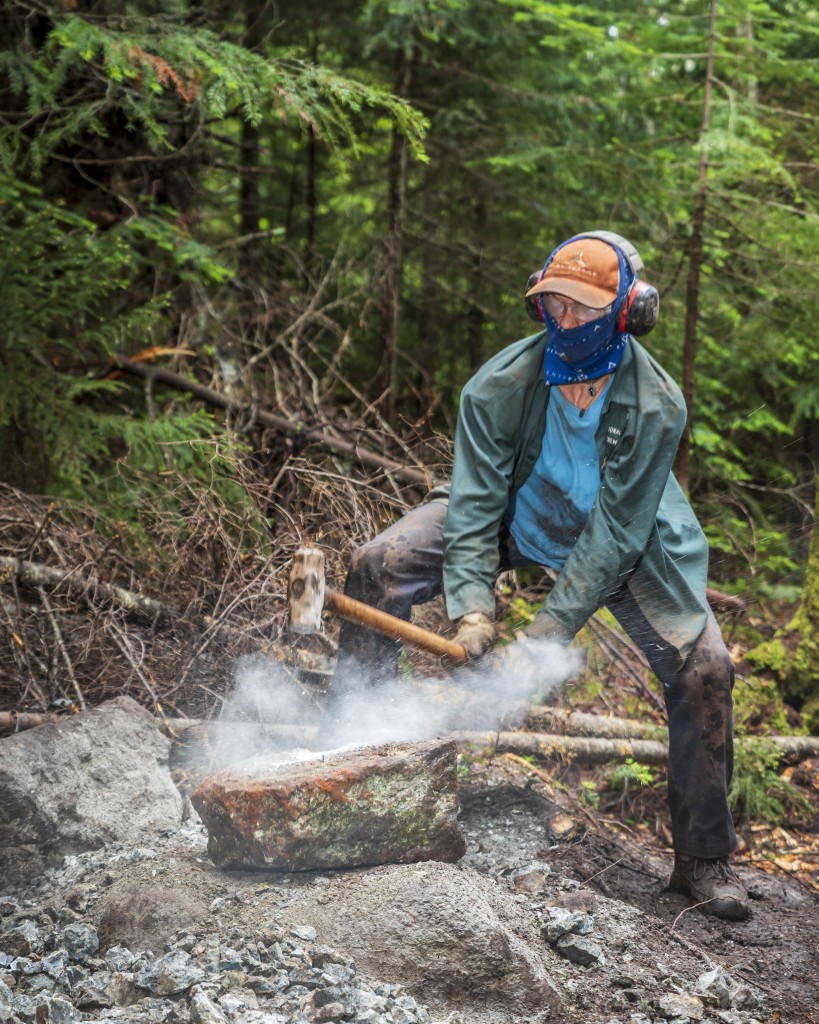 Rock is an important material when building sustainable trails. The crew quarried rock primarily for building a trail reroute between Avalanche Lake and Lake Colden, which will have turnpiking the entire way. This type of trail structure drain water easily, creating safer conditions for hikers and minimizing trailside erosion. The crew also worked on rock staircases on a trail to Salmon River Falls, which is a high use location in Onondoga County.

Every spring, the professional trail crew patrols the High Peaks Wilderness in order to prepare trails for the summer hiking season. This involves clearing drainages and removing any blowdown across the trail. Crew members ended up removing 47 downed trees with axes this year.

Completed using only hand tools, the professional trail crew built a 30-foot single span bridge out of logs along an in-progress section of the North Country National Scenic Trail (NCNST). Once completed, this trail will run 4,700 miles from North Dakota to Appalachian Trail in Vermont, of which 160 miles will travel through the Central Adirondacks. 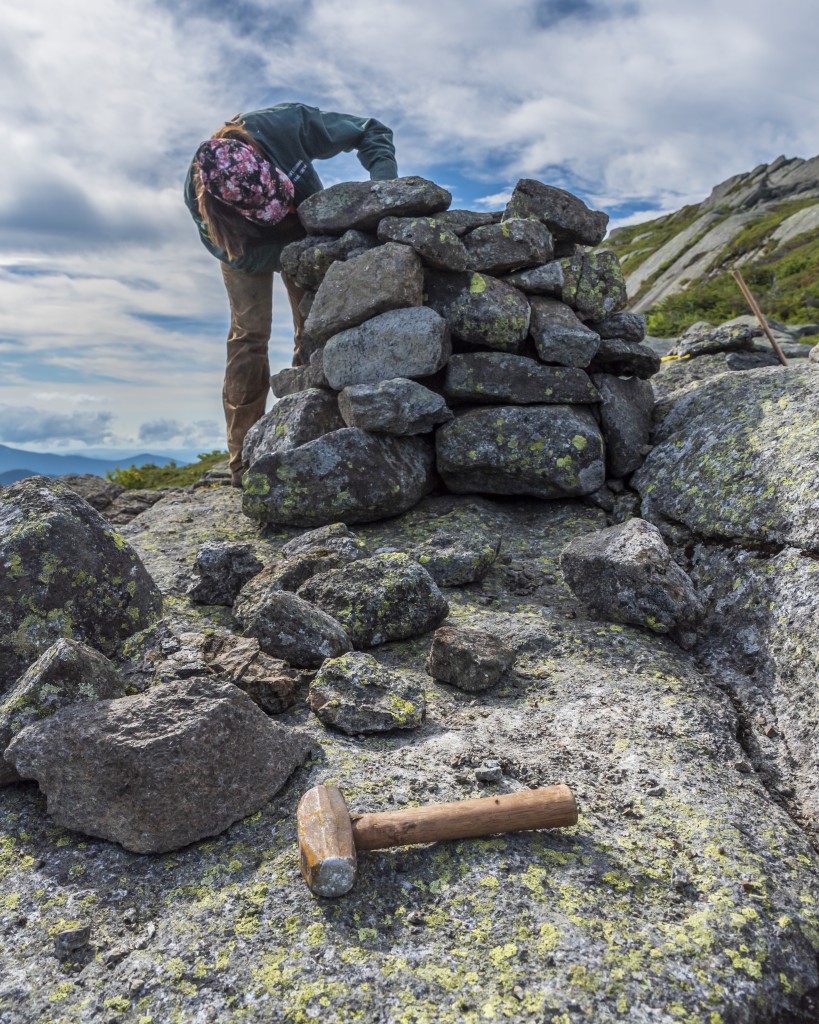 To conclude the season, crew members spent two weeks building cairns on the summit of Mount Haystack, the third tallest peak in New York State. This was done in partnership with the Summit Stewardship Program, which instructed the crew on best practices for working in an alpine ecosystem.

Thank you to the Adirondack 46ers, the North Country Trail Association, and our members and donors for supporting the professional trail crew this year. Their contributions allowed us to field a crew and to complete important steps towards bringing sustainable trail design to the Adirondack Park this year.

If you are interested in supporting ADK’s trail crew and the trails they maintain, you can do so by donating or becoming a member of ADK.